Fitbit and the whole activity tracker idea is something I've been intrigued with for over a year.  I originally watched the Jawbone Up and the Fitbit Flex to see how they performed and what issues people had with them.  Both were early iterations of the technology used and were limited in each of their own respects.  Among other things, the original Jawbone Up had no wireless connectivity and the Fitbit Flex had no altimeter.  Neither one had a display. 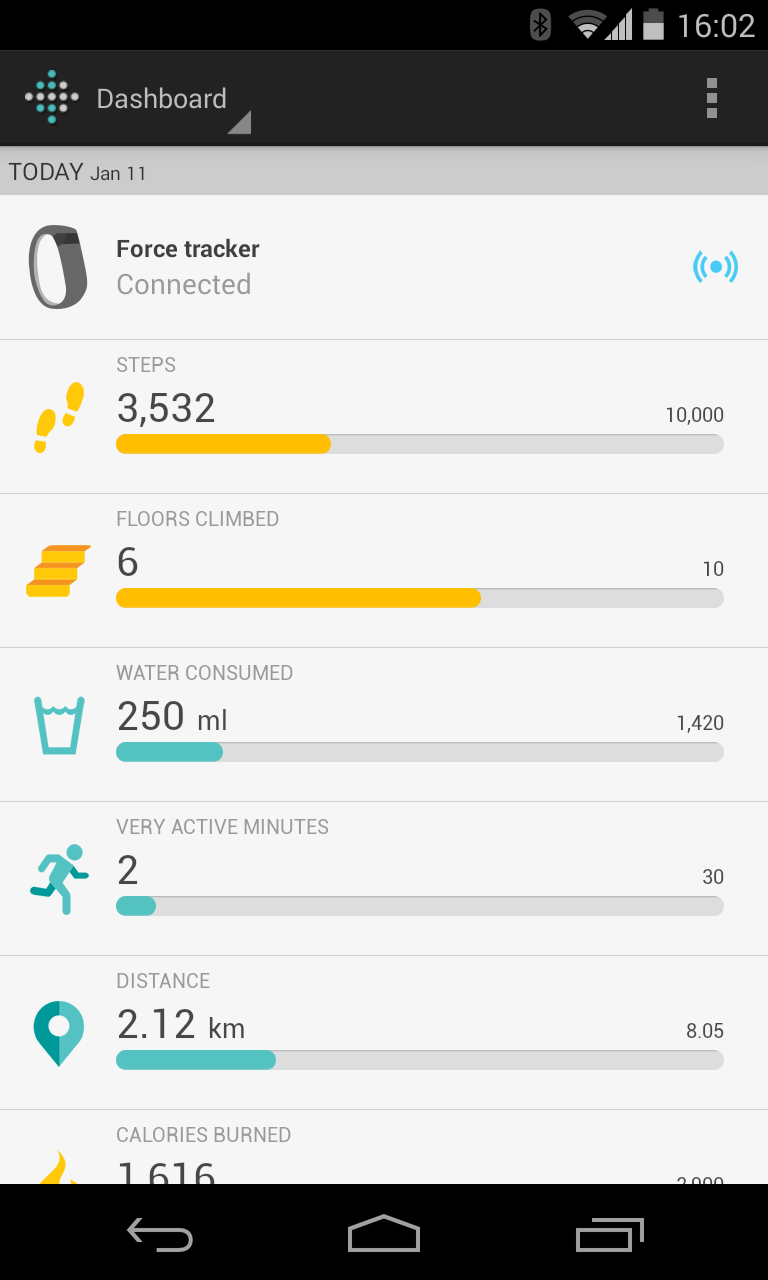 This past fall, both Jawbone and Fitbit released new versions of their devices.  The Fitbit Force was introduced with a display, which also tells the time.  I liked the idea of a device worn on the wrist as opposed to the Fitbit One, which clips to a belt, clothing, or slides into your pocket.  I liked the new features, including the altimeter.  I liked that it had a display.  Both the web-app and Android app had very clear displays.  And I liked the silent alarm feature.  The Jawbone, in contrast, while a bit more aesthetic in my opinion, limited newer versions of their device to only sync wirelessly with  iOS devices - a painfully limiting product strategy.  But without wi
reless sync and no display to check on progress, that ruled that one right out for me.


So this year, for Christmas, my wife got me a Fitbit Force.  And I love it.  It has replaced my watch so I am not carrying anything additional - merely switching out my watch for a Fitbit.  I like tracking my steps.  I have left it with the default daily step goal of 10,000 steps.  On days I am not working, like weekends, I seem to blow past this goal and reach even 15,000 steps in a day.  However, on days I work, I have to go for a short walk on my lunch and even a 30 minutes walk in the evening (unless I run that particular day).  It has forced me to assess how much time I spend at my desk.  Even in the short time I've had it, I've taken the stairs more often and escalators less (unless I have my 3 year old with me - he loves escalators). 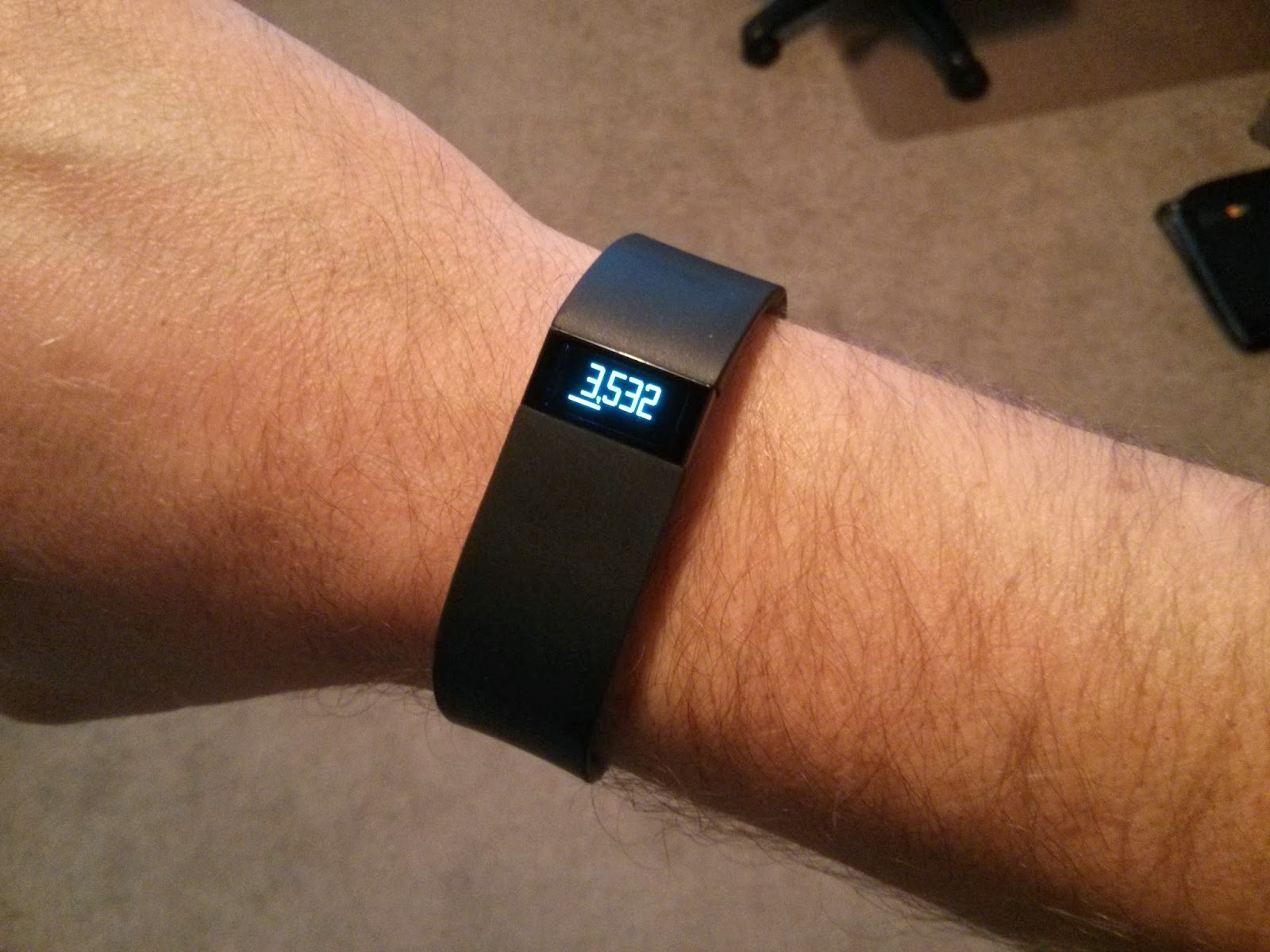 At first, I admit, I was quite nervous that the strap would come undone and my Fitbit would fall off my wrist.  It does "clip" together nicely but I have had it snag on clothing and come off.  Ironically though, the more I wear it, the less that happens.  This is contrary to what I would have thought - I would think more wear would make it a bit looser and easier to come undone.  But I think what is happening is that it is molding more to its shape on my wrist and, therefore, is more "relaxed" in it's buckled form.

My one complaint with it is that it is not waterproof.  I'm used to leaving my watch on - in the shower, swimming pools, etc.  So I have to remember to take off my Fitbit.  It would be ideal if it was waterproof, just like its Flex predecessor.  But it is water resistant to splashing, etc.  So a rainy run and sweat is not going to affect it.  The shower, in all honesty, would probably be fine for it - I've heard of others that wear it in the shower without a problem - but I'm not willing to chance it intentionally.

To some, it may seem over the top to be logging/tracking almost everything you do.  For me, it was simply a way to see how active I am in a given day or week and, thus, to remind me to get off my butt when I've been sitting for too long.  I have an office job; I sit at a desk all day.  Yes, I run, but that's not everyday and still not enough on its own.  So sometimes I just need a reminder to tell me how much I've been sitting.  That, and I do have a propensity to log and track things.

So if you're in the market for an activity tracker, I recommend the Fitbit Force.