Gear: My Fitbit Force Got Recalled So I Got a Fitbit One

First, let me state that I loved my Fitbit Force (click here to read my initial post about it).  However, it seems that an increasing number of people have been having issues with skin irritation.  While it is not entirely clear what the cause is, it seems that it could be anything from an allergic reaction to the nickel in the metals or to the adhesives or even something to do with battery fluids leaking.  The message, according to the recall notices, seems to have shifted from being if this happens to when.  In the most recent email that I received from Fitbit on March 20, 2014, it states very clearly that "consumers should stop using the Fitbit Force Activity-Tracking wristband and return the product to Fitbit for a full refund."  Prior to this email, I thought the recall was at my discretion or specifically for users that had experienced symptoms.  However, it is now clear that they are pulling all Fitbit Forces back (dlick here to read the letter from Fitbit CEO, James Park).  So the time has come to say goodbye to my Force.

Over the last couple of months, I have grown really attached to my Fitbit.  I enjoy being able to track my activity.  I like having my data available at my fingertips, on my phone, on the device itself, and on my computer.  On days I run, I hit my step goal without any problem.  However, on my off-run days, I have to find other ways to make sure I keep my activity levels up.  As a result, I have changed my way of doing things.  I always take the stairs as opposed to the elevator.  I force myself to walk around periodically to avoid sitting still for too long.  At work, I use bathrooms farther way and on different floors.  At home, I do more errands by foot or bike rather than car.  And if all else fails, I go for a long walk in the evenings once everyone else in my house has gone to bed.

While some of these changes I could easily do with or without a Fitbit, I like the added accountability.

I researched alternatives to the Force again, such as the Flex and the Jawbone Up - both of which are also wristband trackers.  The Flex, however, does not have a display or a have built-in altimeter.  No display means you have to sync to your phone before you can review your data.  No altimeter means that it cannot count flights of stairs climbed.  The Jawbone Up and Up24, for whatever reason, just do not appeal to me.  They also have no display and I have heard that their accuracy is not as good as the Fitbit devices. 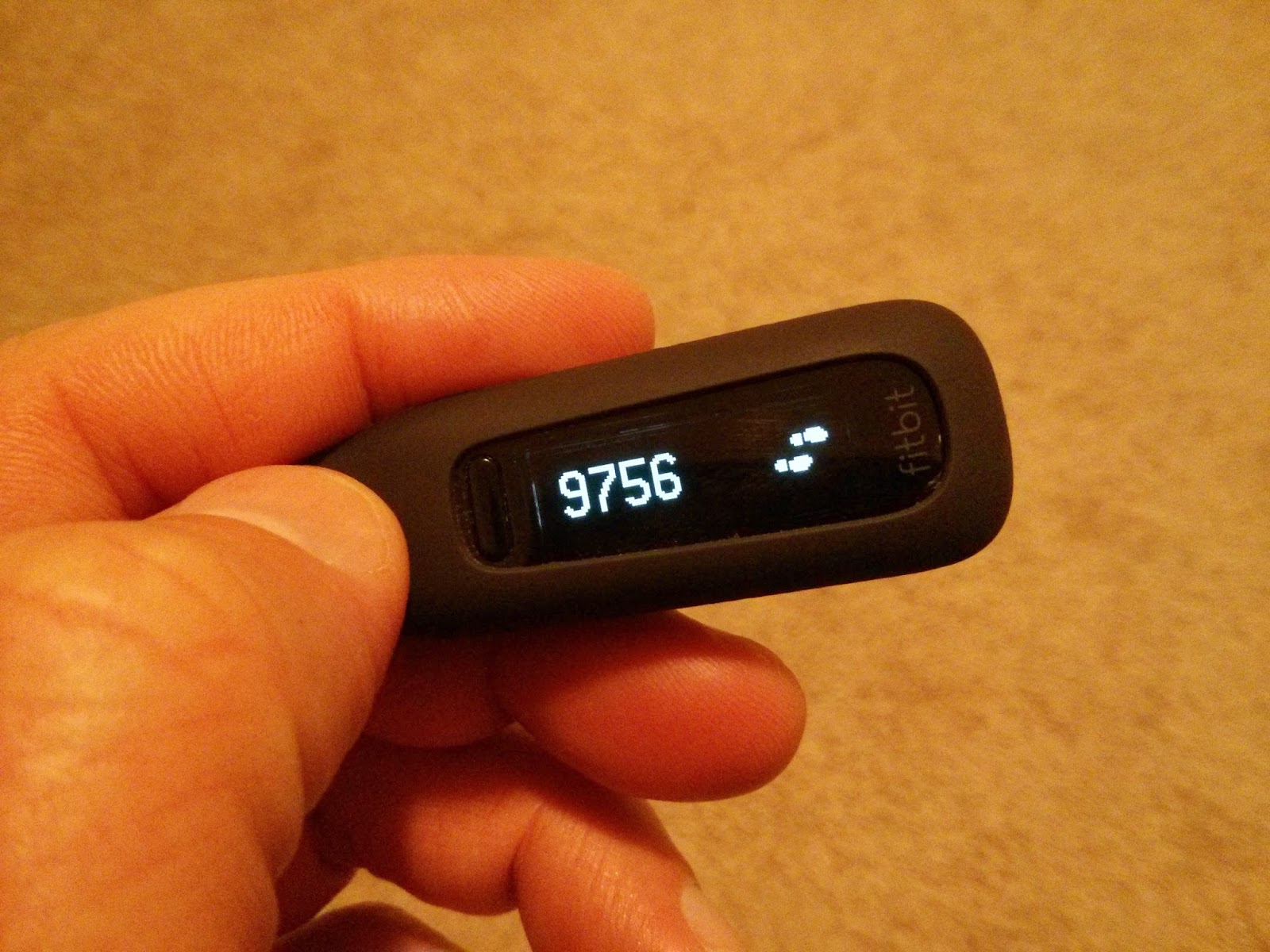 So I looked at the Fitbit One.  The One is not worn on the wrist; it comes with a belt-clip.  And even though it is older than both the Force and the Flex (it was released in the fall of 2012), it has all of the features of the Force.  It has a display and the silent alarm.  It tracks steps, distance, calories, sleep, and stairs climbed.  The one feature it does not have is that it does not calculate active minutes on the device itself.  It does, however, calculate them in the Fitbit app once you sync it to either your phone or computer. 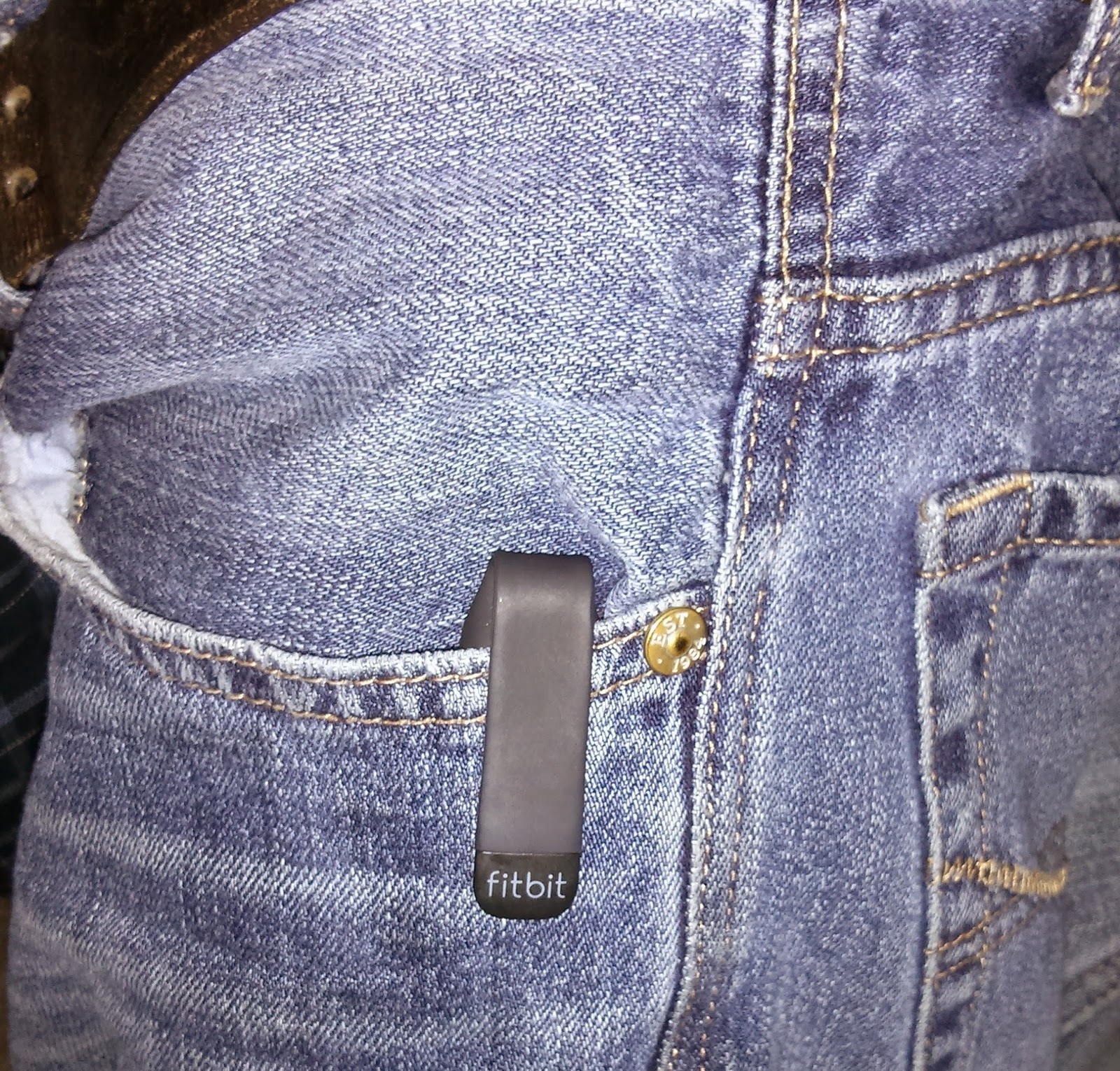 The one major change is where the One is worn.  Because it has a clip and is not a wristband device, finding a comfortable location for it takes some trial and error.  It can be clipped onto a belt, pocket, shirt, or anywhere else you can think of.  I have moved it from the high part of my pockets to the low part.  I've tried it on my belt and waistband.  Typically, I prefer wearing mine clipped to my pocket facing in (clip facing out) although some of my pants have the pocket seam too thick for the clip so I occasionally have to use another location.

The device itself I find to be far more accurate than the Force.  The One is less susceptible to counting missteps because it is closer to my body than at the end of my arm.

The sleep wristband is exceptionally comfortable.  However, it is an added step to remove it from the clip and place in the wristband each night and vice versa in the morning.

One initial problem I had was that, as a lefty, every time I picked up the device with my left hand, the display was upside down.  However, I was pointed to a setting on the Fitbit Dashboard to change the display to a left-handed setting.  Note that this setting is only available from the Fitbit Dashboard and is not available in the mobile app (at least not in the Android version at the time I write this).

One feature I would like is, similar to on the Force, the ability to re-order the display of the different functions on the device itself.  You can re-order and hide functions in the Fitbit Android app but not on the device itself.  Further, on the Force, when you pushed the button it would start at the Clock and then cycle through the functions in the determined order.  The One remembers the last function viewed and starts there.  I would personally prefer to start at the beginning each time and cycle through from there.

Overall, I love the One.  Even more so than the Force.  I appreciate that it is a little bit more discrete.  And while it is an older device, it has all the features and functions that I want and use.  Further, while Fitbit has promised a successor to the Force, there is currently no indication as to when that will happen.  While it could be soon, I feel that the One is not so much of a compromise because all the features are still there.  So if you have to return your Force and don't want to wait for its successor, I recommend the Fitbit One.
Posted by Rob Reid at 06:30