Recap On My 2018 Fitness Goals

2018 was monumental year for me in terms of setting ambitious fitness goals, and achieving most of them!! As with most goals, I changed and modified them throughout the year. As I attained certain levels of my goals, I set increasingly challenging goals for myself. Initially, I was a bit disappointed where I finished the year. However, when I look back at where I started from, in December of 2017, 2018 was a massive successive.

Here's my recap, and a bit of a back-story:

Up until the end of 2017, I had largely gotten my fitness from my bicycle. Not a hard road-rider by any means - I simply enjoyed riding and used my bicycle to commute as often as possible. As my kids got older, and bigger, this became more and more difficult. I have been a casual runner since I turned 30 (7 years ago) - but it was never my primary focus.

Around mid-2017, I started getting serious about running again and slotting it into my regular exercise routine. In September 2017 I wrote THIS POST about refocusing on running. A little later that month, I was thinking about a half marathon (click HERE). And in November 2017, I signed up for one (click HERE).

So here were my goals that I set at the beginning of 2018:


And I nailed every single one of those goals!

I didn't run just one half marathon, I ran three (First Half on February 11th, half marathon at the BMO Vancouver on May 10th, and the Fall Classic on November 4th). In addition, I added several shorter races just for fun: 5K at the Scotiabank Vancouver, Under Armour Eastside 10K, and the 8K at the GoodLife Fitness Victoria Marathon.

I finished my first half marathon (the First Half) in 1 hour and 52 mins. And I improved to just under 1 hour and 47 mins at the Fall Classic. I would have liked to run under 1 hour and 45 mins, but that's going to have to wait until 2019!

Except for a few rare instances (rest weeks or travelling challenges), I managed to run 3 runs per week and averaged over 20 km per week.

I ran a total of 1,178 km for the year. A massive accomplishment that I am very proud of!

Overall, it was a massive year. Running is now an integral part of my fitness! And barely three weeks into 2019, I have already signed up for three races (Steveston Icebreaker 8K on January 20th,  Vancouver First Half on February 10th, and half marathon at the BMO Vancouver on May 5th), one of which I've already completed.

Most importantly, I loved every second of it - the struggles, the accomplishments, the fitness gains, the lost weight.

So I'm taking a couple of weeks to celebrate everything I accomplished in 2018 and plan out my goals for 2019. Until then, here is my Strava summary of 2018. 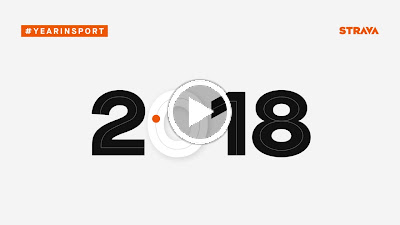