This write-up is long overdue. Time has actually run away on me these last couple of months. So without further adieu... 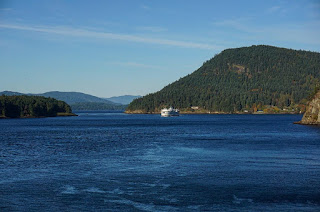 As I mentioned in my previous post HERE, where I discussed having to downgrade my registration from the half marathon to the 8k, this was a difficult race for me. Because of a nagging issue with my Achilles, I did not feel comfortable going for the full half marathon. So I felt a lot of disappointment having to settle for the 8k. I know that sounds ridiculous. But that context is important because that was my mindset heading into the weekend.

This was my first destination race. So I was really looking forward to it. Because it was Thanksgiving weekend as well, we had some family come with us to make the trip over to Victoria. And we turned it into a family weekend. 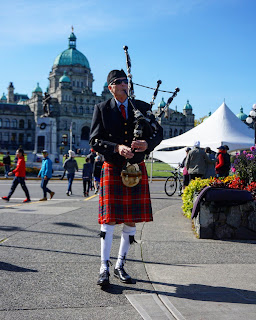 We went over on Saturday morning and caught the 7:00am ferry to the big island (Vancouver Island for those of you unfamiliar with the area). We booked our two nights at the Royal Scot Hotel & Suites which, incidentally, I would highly recommend for a stay in Victoria. First, it was less than a block away from the parliament buildings and the Start/Finish lines for the races. Second, the rates were completely reasonable, especially considering we had a one bedroom suite which gave us plenty of room for my wife and I and our two kids. We had a kitchen, dining room, living room, and separate bedroom to put the kids to bed in.

Once we got to the island and checked into our hotel, we walked over to the race expo to pickup our kits. While I was signed-up for the 8k, my son was also registered for the Kids run (1.25 km). We actually had a great time walking through the expo, sampling the treats and bars (energy and protein) and drinks, and picking up our shirts. 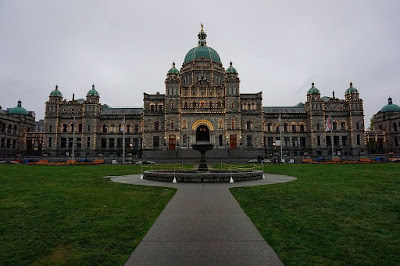 We had the entire rest of the day to explore and walk around the city. One of the best parts of going to Victoria on race weekend (and staying right in the heart of city), is that the road closures were already taking effect. So the entire downtown area was nearly void of cars for the majority of the time we were there. Race organizers were already setting up for much of Saturday. So there was a completely unique vibe to the city. I loved every second of it!!

We had a nice, relaxing family dinner and actually made it to bed early (I always try to be in bed by 10:00 before any race). 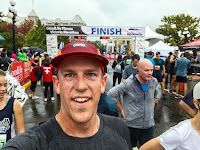 On race morning, I got up ahead of everyone else. Because I was running the 8k instead of the half marathon though, my start time was quite a bit later. That gave me a little more time to get ready and go explore. I did my warm-up around the Victoria harbour, which was absolutely gorgeous. The rain was teasing a little bit though so I was also trying to stay dry.

The race itself was fantastic. I enjoyed every second of it. I felt really good on race day. And my Achilles was feeling nearly 100%. So, I set out for an 8k PB. Now, I had never actually raced an 8k before so I didn't really have an official PB marked down. But I knew it was probably close to 37:00. 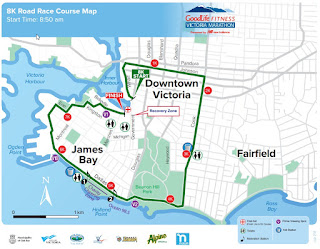 The 8k route is awesome and has many of the same highlights as the half marathon route. So while I was trying to keep an aggressive (for me) pace, I was also absorbing the scenery around me. Around the mid-point of the 8k route, we join the half marathon and marathon runners (who started about an hour ahead of the 8k). So for those last few KMs, there is a mix of runners from all distances.

Coming through to the finish, it is quite the spectacle. I was truly impressed with the number of people out cheering on the runners along the entire route, and not just near the finish. But there is definitely a substantial crowd at the finish, which is truly the most picturesque of any race I've run: Victoria harbour on the left, parliament buildings on the right. Truly spectacular. 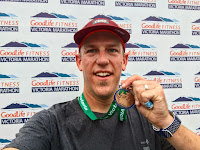 I finished with a time of 35:37, setting my 8k PB. I was incredibly happy with that result, even though my family suggested that they thought I'd be running a lot faster as I passed them about 100 metres from the finish line. I had trouble explaining that I didn't save anything for a sprint at the finish.

I took a few minutes to grab my medal and snacks at the finish corral before heading over to join my son for the Kids Run.


As we were getting ready, my 4 year old daughter decided she would like to run the Kids Run as well. She had never run a race before, so we were a bit unprepared with her in her rain coat and gum boots. But we got her signed up as well. 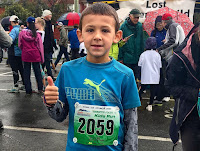 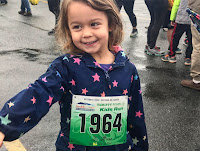 The Kids Run was also a fantastic event for both kids. My son ran on his own and finished in the top 10 of all kids (which goes up to 12 years old - he's 7). I ran with my daughter, who ran the entire 1.25 km in gum boots without stopping once. We all had a blast. And I was incredibly proud that both my kids are starting to enjoying running for their own benefit and not just to support me.

After the races, we all went back to change and warm up (we had gotten quite wet throughout the morning). And we had the rest of the day to ourselves. We walked around, exploring the city a little bit more. We had a nice Thanksgiving dinner. Spent some quality time with our visiting family members. Enjoy our last night in Victoria.

Monday we packed up and headed out towards the ferry. We spent a quick two hours at the Butchart Gardens (which were spectacular) before heading to catch our ferry back to the mainland.

Overall, it was a fantastic experience. I would definitely plan to go back and run in Victoria again. Hopefully though, next time I'll be able to run the half marathon. 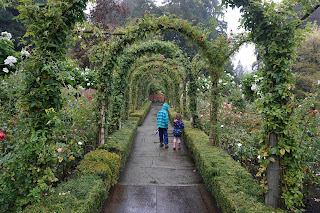