For Christmas this year, my wife got me a new bike. And not just any bike; she got me the bike I had been eyeing up and reading about for a while: a Norco Threshold A3. 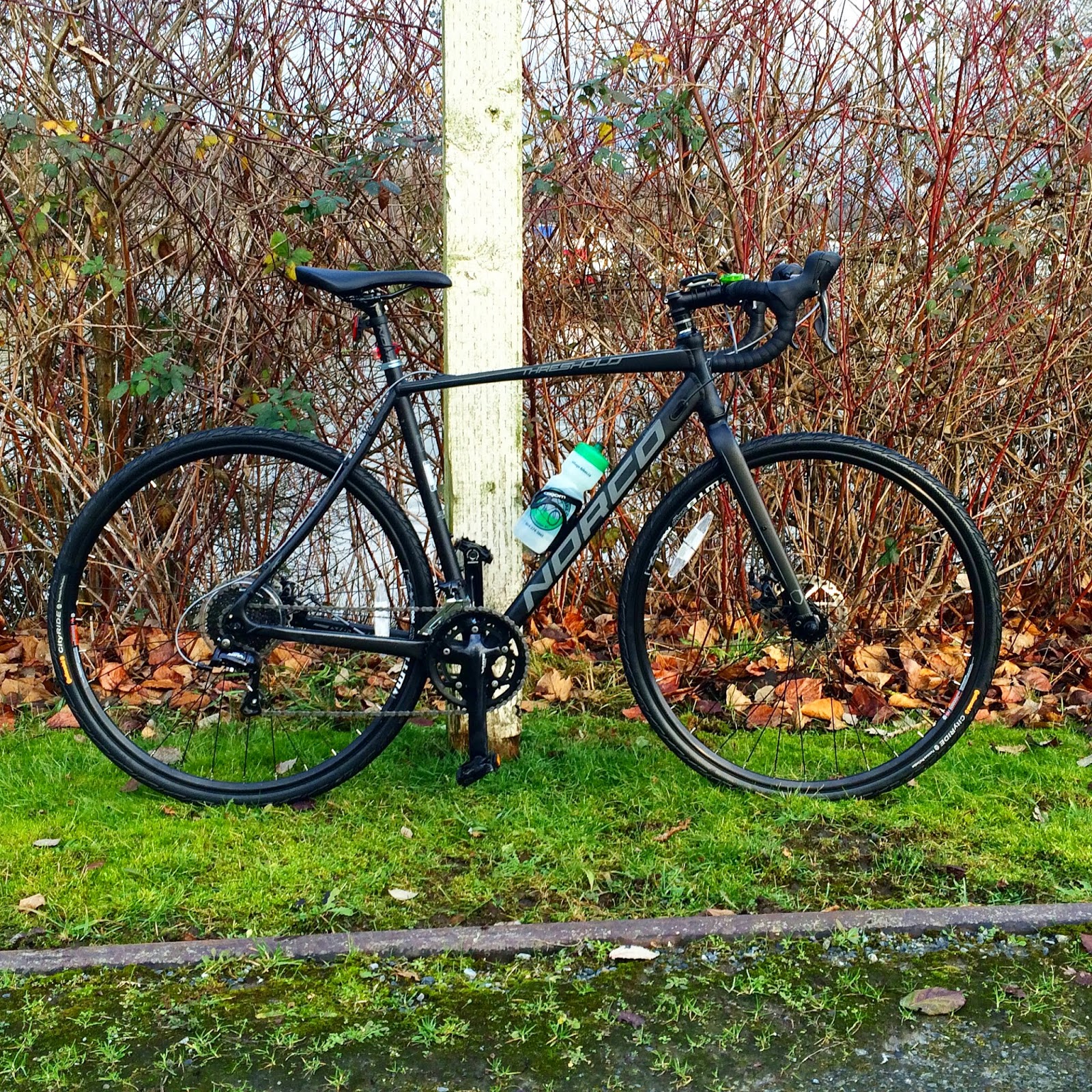 One of the biggest decisions for me was whether to go with a straight-bar hybrid bike or to move into something with drops bars. My old bike is a Trek 4100 mountain bike that I had hybrid tires on. While not the greatest setup, it worked and it could go anywhere. Also, living in Richmond, BC about three blocks from the dyke, I wanted something that could handle gravel and pavement.

Back in the fall, someone suggested looking into cyclocross style bikes. Once I started looking, I realized that it was basically a road bike with some balls, a road bike that could handle dirt or gravel without a problem, a bike tough enough to handle trails but designed to go fast on pavement. It sounded like exactly what I needed.

I started comparing different bikes, such as the MEC Nineteen Seventy-One. While that is a solid bike as well, which my sister rides as her daily commuter in the summer, I wanted something from a dealer a bit closer to home for me (MEC isn't exactly down the street for me). So I checked out Village Bikes in beautiful Steveston. Because they are my go-to for bike servicing, I wanted to see what they had in stock. They deal largely with Giant and Norco bikes, so I started researching both brands online. The Norco Threshold A3 fit my use case and anticipated budget perfectly.

Now that I've ridden the bike for almost two months and put around 500km on it, I think it was definitely the perfect choice for me. The bike itself is slick. I got the all black, brushed finish version. This bike screams awesome.

I won't get into specs and individual components, you can check Norco's website for that, but I will talk about some of the parts that I like. 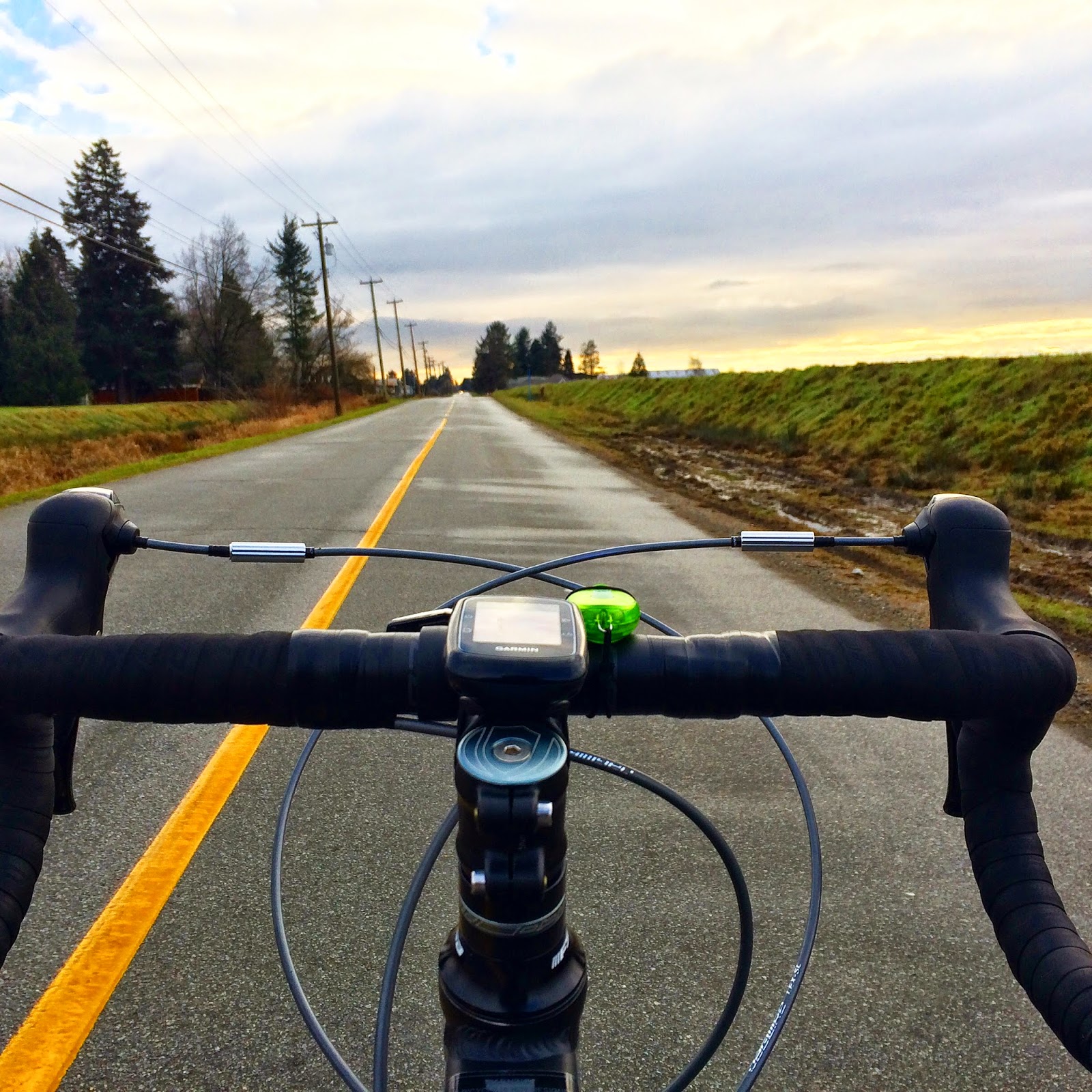 First is the brakes. This was my first move to disc brakes and so adjustments have taken me a bit of getting used to. At first, I found them extremely finicky. But after a professional adjustment, care of Village Bikes, the brakes are exactly the way they should be: firm, steady, quiet.

Next is the overall riding position - I love it! I feel very comfortable on this bike. I have a lot more pedaling power, I can go much faster than my old bike (compare average speed of 23km/h on my old bike to around 30km/h on this one), and I love the option of having multiple riding positions using the drops bars. I thought the drop position would take some getting used to, but I was wrong. I love being hunched over and going all out. But I can sit up when I need to.

It has, however, taken me some experimenting to find a way to ride without getting chain grease all over my pants. My old bike had a small lip around the crankset to protect my pants from the chain. This bike does not have one. I use straps to hold my pants snug against my leg, but still find I get grease on them, usually when I'm stopped, have my foot down, and my bike leans. Minor inconvenience of course. Solution: only wear dark pants. Shorts season is just around the corner.

Overall, I love this bike. I would recommend it highly to anyone. It is well made. It's tough and looks awesome. I also love that Norco is a local company and my local bike shop services them. I couldn't be happier.
Posted by Rob Reid at 06:00